Effective advertisement techniques compel the targeted audience to respond in congruence with the promoters objectives or goals (Trehan and Trehan, 2009). It follows that a successful advertising campaign begins with a clear and feasible aim. Based on the purpose, the entity can assess or evaluate the potency of an existing advertisement campaign. After the assessment of performance, the findings can be used to formulate new advertising strategies or reform existing promotion campaigns. The research proposal at hand intends to assess the current advertisement campaign and test the proposed one.

In the present-day digitised and globalised economy, the utmost concern of advertisers is that of ensuring their advertisement campaigns are effective (Iacobucci, 2014; Zarrella, 2010). Marketing research organisations equip companies with valuable information and knowledge regarding the consumers demand, needs and preferences. Ad agencies can exploit such knowledge to design their advertisements. Understanding commercial effectiveness is essential for marketers because firms invest huge sums of money in advertising (Iacobucci, 2014). Efficient advertisement campaigns work on two levels. Firstly, an advertising undertaking should satisfy consumer-based objectives through message delivery and customer engagement. Secondly, the promotion must achieve the business objectives. According to Jobber (2007), advertising strategy, creativity and implementation must work in harmony to be successful.

An advertising strategy supports a marketing plan, which, in turn, is based on an entitys business plan (Trehan and Trehan, 2009). In line with such rationale, it is crucial to assess the existing marketing approach and investigate the proposed one so as to ensure that they satisfy the ambitions of both marketing and business plans. Assessment entails determining market trends, risks, opportunities, and future prospects with respect to consumers and competitors (Jobber, 2007). Trehan and Trehan (2009) argue that companys keen interest lies in evaluating advertising effectivenesss, because of substantial capital is allocated to promotion. Additionally, the authors note that advertising efficiency can be measured in two ways: pre- and post-testing evaluation. In the former case, the examination is done before launching an advertising campaign, whereas the latter is performed following the start of promotion.

Pre-testing is essential because it increases the likelihood of designing an effective advertising undertaking by providing an opportunity to identify and eliminate flaws and weaknesses. Testing an existing promotion process is expensive, elaborate, but more realistic, since advertisements are tested in a real life scenario. Post-factum testing guides advertisers towards the ideal future advertising strategy. Further, the effectiveness of an advertisement technique can be graded based on three effectiveness factors: perception; persuasion and learning.

Perception is the process through which individuals identify and interpret their sensory impression to generate meaning. In other words, it represents the way people view world around them through their senses: smell, hearing, touch, vision and taste. In the marketing and advertising context, perception is the main assistant for consumers to comprehend the content of advertisements. Competent promotion provides memorable emotions to the recipient of the ad. After the exposure, the audience develops individual brand attitude, which, in turn, depends on the attention or awareness. Awareness implies that the message has been perceived and prompted attention of the target segment. Following the development of brand awareness, the perception process should communicate the relevance of the service or product to the end user and spark personal interest. Interest serves as the power of attraction, which depends on the relevance of the content.

Persuasive advertisement employs three techniques, namely logos, ethos and pathos. Powerful messages attempt to change, reinforce and develop attitude or positive emotions. Arguments or logics behind an advertisement are essential in persuading consumers to buy the given product. In this sense, argument is the line of reasoning, whereby one point is based on a credible claim leading to a logical conclusion. Notably, the persuasion attribute of an advertisement has three characteristics – involvement, emotion and attitudes.

You will receive these EXTRAS at no additional charge ($57.30)

For example, an advert that is meant to persuade customers to buy chocolate from a given company should establish a new opinion or reinforce an existing one with regards to a product or service. Emotions change how an individual feels about a product. By becoming emotionally attached to an advertisement, consumers improve their intensity of engagement with the brand or the advertisement medium.

Learning can be defined as a behavioural change induced by experience. Correspondingly, effective advertisement strives to ensure that the audience enjoys positive experience. In that respect, it helps direct and guide their behaviour. Learning can either be cognitive or conditioned. In cognitive learning, people are able to learn new things about the advertised products, whereas in conditioned learning, people establish connection and link ideas. Powerful promotion uses both cognitive and conditioned learning to help consumers link the advertised products with something thy value, for instance, a pleasant situation and improved health.

Accomplishing the purpose of the research requires meeting objectives listed below:

To achieve the aforementioned research objectives, listed research questions will lead the research:

The methodology that will adopted in the proposed research will be based on the research onion, advanced by Saunders, Lewis, and Thornhill (2007) as depicted in Figure 1. 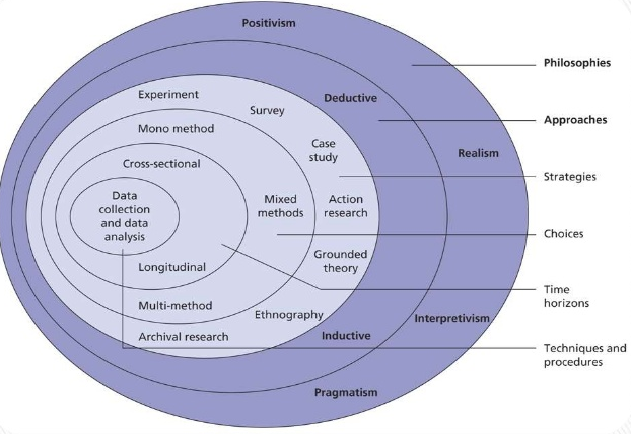 Given that consumers are involved, the proposal will use a mixed approach, which encompasses an array of qualitative and quantitative research methods (Shukla, 2008). Qualitative research design will be used to develop a deeper understanding of the advertising subject and determine the consumers feeling about the product and the ad itself. These will include focus groups and interview. On the other hand, quantitative research will be employed to determine opinions, attitudes and behaviour of the target customers based on statistical sampling. Qualitative data will be used to compliment the quantitative datasets collected through web-based surveys and questionnaires. Particularly, the data collection plan will involve both qualitative and quantitative analyses, including telephone surveys, Internet surveys, interviews, and focus groups.

As an integral part of any marketing campaign, the assessment and examination requires a cautiously developed plan, with appropriately allocated budget and timeline. Financial means for the project should be apportioned during the next financial planning, which takes place in July. Based on the scope, the project will run for 6 months to ensure that enough data is collected and verified.

Issues to Be Considered

One of the issues to be considered in the research at hand is the availability human capital and financial resources. The point is that strategic advertising anchors on not only the money accessible, but also strategic management, including effective leadership formulation of competitive strategies. Another vital detail to be taken into account is the accessibility and validity data. An assessment can only be valuable to a given entity if the data used in the assessment is credible, reliable and credible.

Potential Use of the Research Findings

By comparing the evaluation results of an advertisement campaign with the initial marketing objective, the business is capable of telling whether the existing promotion campaign has attained or exceeded the underlying expectations. As such, the research findings are used as the primary data for a feasibility study of the proposed advertisement undertaking. The study outcomes can also be employed by researchers and marketing research agencies to better their understanding about measuring the effectiveness of a marketing campaign.

Conclusion of the Recommendations

Marketing and advertising takes various forms, including radio, social networking sites, TV, tradeshow, banner ads, print and email marketing techniques and others. With the growing production costs and intensifying market volatility, organizations ought to understand whether their messages are delivered to the target segment in the most cost-efficient way. Assessing advertising effectiveness is an approach using which a company can achieve its predefined advertising objectives. In order to undertake advertisement efficiency examination successfully, data must be collected from the customers and the business. There are three major effectiveness factors: perception, persuasion and learning. Firstly, marketers should attempt to get the target customers to perceive or notice their advertisements. Then, they can hope that the target market will either be persuaded by the ad content or learning something from the promotion itself. Finally, the advertisement should drive consumers to behave in line with the objectives of the advertiser. An increase in persuasion only occurs when an advertisement portrays meaningful and strong attributes of the product. To conclude, the combination of qualitative and quantitative methods will enable the researcher to define various issues and develop understandings that can be projected to the company for strategic decisions. 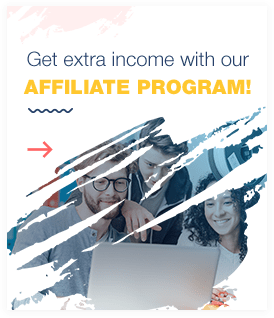